Thousands of Armenians and supporters marched from Parliament Hill to the Turkish embassy in Ottawa to mark the 100th anniversary of the Armenian genocide. The march was met by a Turkish counter-protest in MacDonald Gardens park, outside the embassy. The two groups were separated by temporary fences and a heavy police presence. Both sides exchanged words and gestures, but the demonstration remained peaceful. April 24, 2015

Add to Cart Add to Lightbox 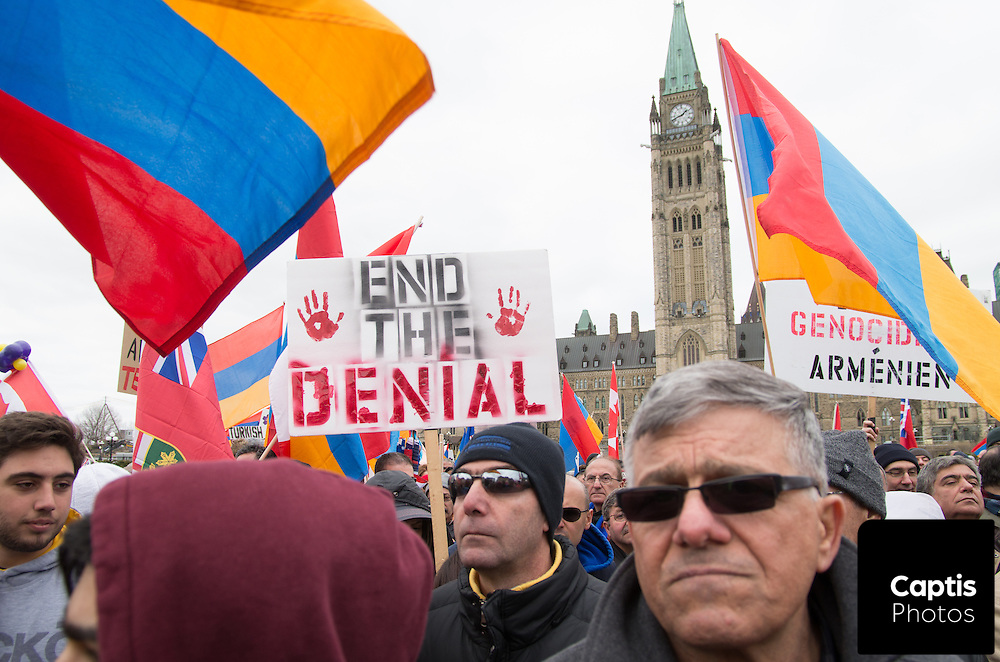